Board of Commissioners Special Meeting, 17 June 2019

On Monday, June 17th the Ramseur Board of Commissioners held a special meeting, advertised for the purposes of holding two public hearings and to consider a single resolution regarding satellite annexation. Unlike most board meetings, this one was pretty quick. The whole thing lasts just over twenty minutes. Please watch or listen to the video for yourself.

The first item on the agenda was a public hearing on the question of paying $1000 to the Randolph County Economic Development Corporation. The resolution passed by a vote of four to zero without discussion; Commissioner Overman was absent from this meeting.

Next on the agenda was a public hearing to consider the Town of Ramseur’s 2019-20 budget ordinance. Ernie Mitchell addressed the board and made what has become his annual plea for the board to find the funds needed to replace the ancient, failing water lines on Church Street. He has made this request for six years now and so far no board has seen fit to take action. 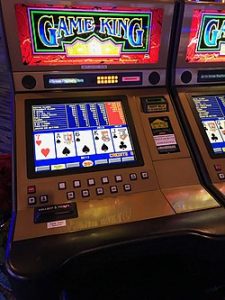 After closing the public hearing Mayor Shaw stated that he was not pleased with the budget, pointing out that the proposal takes a little over $500,000 from our $1.5 million fund balance.

The mayor essentially called the Board of Commissioners reckless big spenders gambling with taxpayer money. Mr. Shaw then lamented the fact that he doesn’t get a vote nor can he veto the budget.

If Mr. Shaw wants a regular vote on issues before the board perhaps he should run for a commissioner’s seat. The budget was adopted by a vote of four to zero.

The next item on the agenda was a resolution, which you can read by clicking here, requesting an exemption to the state’s satellite annexation limitations. Ramseur exceeded our satellite annexation limit long ago when we annexed the Pell Reservoir (Ramseur Lake). Removing that limit would help grow our tax base and generate more financial resources for improving our town. The resolution was adopted and a letter to Representative McNeill is on it’s way.

The board also approved renewal of a contract with Republic Services for solid waste management.  The board then quickly passed a resolution of support for Piedmont Legacy Trails, unanimously and without discussion.

Then two expenses for “emergency” repairs for the water/sewer department were discussed:  one item was a broken drive shaft at the “big” pump station and the other was a “backwash repair at the water plant”. Both expenses were approved and the board adjourned.

At this point those of you who watched the video will realize that I overlooked an important event in the account above and should be wondering why I didn’t mention the part where the mayor entertained or ‘asked for’ a motion to amend the meeting agenda.

According to the UNC School of Government it is illegal to amend the agenda of a special called meeting less than forty-eight hours prior to the meeting. They might technically have been able to call it an emergency meeting, but they didn’t.  The quote below comes from page 138 of County and Municipal Government in North Carolina, Chapter 9 | Open Meetings and Other Legal Requirements for Local Governments.  Click the underlined text above to see the full  page.

Commissioner Caudle questioned the wisdom of amending the agenda and Mr Wilhoit spoke at some length about why doing so was appropriate in this instance, since at least one of the items to be added was time sensitive and could result in fines from the state. The agenda amendment was adopted by a four to zero vote. The added items were the two repairs for water/sewer and a resolution of support for Piedmont Legacy Trails (PLT).

Why was it necessary to amend the agenda of this special meeting in order to approve the PLT resolution? Couldn’t it have been included in the next regular monthly meeting? Or approved by a round of emails and/or telephone calls to the board members. The resolution was emailed to Mayor Shaw just after 4 p.m. on June 12th, along with the agenda for PLT’s next board meeting, which was scheduled for June 20th. Lack of planning does not constitute an emergency. That resolution could have waited a few days.

As for the emergency repairs of water/sewer equipment, there’s no question that the work needed to proceed as soon as possible, but again I fail to see why it was necessary to violate the spirit, if not the letter of North Carolina’s open meetings laws to do so.

How do I know that none of this was necessary? Quite simply this board had set a precedent, as recently as this month, for making board decisions even bigger than these without calling or convening public meetings.

On June 10th, Commissioner Grant Cheek sent out an email, via Town Clerk Bobbie Hatley, seeking immediate approval for two small street repair projects: one on Brady Street near Loflin’s Funeral Home, and another at Weatherly Square beside the Burger King. The paving crew was already in town working on previously approved projects, so it did make sense to get these done before the contractor finished and took their equipment elsewhere.

I only saw one emailed response to the question, but it’s safe to assume that the work was approved by at least a majority of the commissioners since a few days later both projects were done.

Why wasn’t it necessary to hold a public meeting and have votes to approve those two paving repair jobs? If it’s acceptable to approve spending $14,000.00 of state money on asphalt projects without holding a public meeting – special, emergency, or otherwise – then it should likewise have been acceptable to pass emergency water/sewer spending and non-controversial resolutions of support for local non-profits the same way, right?

These discrepancies in the way public business is handled in Ramseur should disturb any tax paying citizen. I don’t dispute the necessity of any of the above listed actions taken by our Board of Commissioners, but ALL public business needs to be conducted legally and consistently.

If you must hold a public meeting to approve spending a few thousand dollars on emergency water/sewer repairs, then you ought to be required to do the same thing to spend $14,000 on asphalt repairs.

Mayor Shaw, having served on this board for much of the last quarter century, should know better than this. He knows when he’s about to do something wrong. He has a tell, and any good poker player can see right through it.