They STILL Don’t Get It!

I hadn’t planned to write this post today. In fact, I never thought it would be necessary, but since clerk Hatley’s resignation it has become clear beyond any reasonable doubt that some people in our municipal office have been working overtime to avoid complying with my request, made months ago, for all email communications pertaining to ALL public Town of Ramseur business. 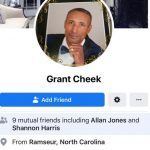 I suspected that this was going on from the beginning when I discovered that Commissioner Smith is using at least three different email accounts. I have yet to receive even one email from him. Commissioner Cox has copied me on a few messages here and there, and Commissioner Overman has shown me several emails that he has received on occasion. Commissioner Caudle is the only voting member of the board who I am relatively certain has sent me everything she is allowed to share. Confidential information is exempt from my request until the matter it pertains to have been voted upon. 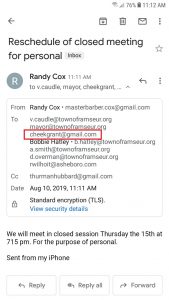 Grant Cheek claims he doesn’t “do” email, but I think we can safely say that story has been proven false by an email sent to the board members last week by Mr. Cox. It was sent to an address, cheekgrant@gmail.com, which is different from his other gmail account, grantcheek@gmail.com.

Neither of those are official Town of Ramseur email addresses, which Commissioner Caudle all but begged her fellow board members to use a few months ago in a public meeting. If a person doesn’t “do” email, why does Mr. Cheek have two different Gmail accounts?

The mayor has made it a point to send me plenty of emails over the months since I made my request, but about half or more of that correspondence has been newsletters, government related blog subscriptions, and advertisements for webinars or in-person classes for public officials. I don’t mind seeing that stuff, but it’s not what I asked for: communications between commissioners, the mayor, the clerk, and our attorney pertaining to town business.

Just last week Mayor Shaw proved to us all that his administration has not been fully compliant with my legal request for those public documents, when he read a set of emails from state auditors to the Board of Commissioners in a public meeting. I asked then, and today I ask again, how many other important issues are being hidden from us by the mayor’s failure to comply with a legal public records request? 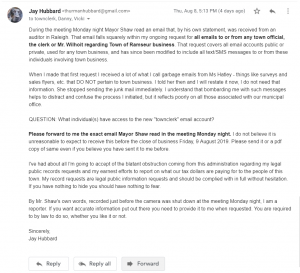 Last week I sent an email to Mayor Shaw, Mayor Pro Tem Caudle, and interim clerk Jill Wood, demanding copies of the emails described above, which I received about two hours after the office opened the next day. In that message I also asked who has access to a new email account I’ve seen in use labelled “townclerk”. That question has, so far, been ignored.

To add to the confusion, many emails are still being sent to and from Clerk Hatley’s old account. Apparently no one in the office knows how to edit the name in an email account, nor how to call our hosting providers to ask for assistance. I’m willing to cut interim clerk Wood a little slack since being a town clerk isn’t where most of her experience in government lies, but almost a week after sending the email you see above I am still being inundated with a lot of irrelevant correspondence. Just to prove my point here’s a screen capture of my inbox taken around 2 p.m. this afternoon.

The message with “SPAM” in the subject line contains this document from the NC Department of Revenue, which I believe was sent to Mr. Wilhoit for review. The one that reads, “your items are on the way” is a receipt from where Randy Cox ordered a pair of chaps from Lowes today, I assume for the police or fire department to use in clearing brush and fallen trees from roadways.

The string of messages labelled “Sprint usage alert” have been coming through for a week or two now. They indicate that at least one employee with a mobile phone provided by the town is using more mobile data than their plan covers. I’m told that no one has yet been able to figure out which phone it is. My guess, having managed a fleet of about sixty mobile phones at one time, is that it’s an employee who doesn’t know where the wifi hotspots around town are, but I could be wrong.

The rest of the messages you see in the image above are essentially junk mail, having nothing to do with Town of Ramseur business. As you can see from the my email sent on August 8, I have informed the folks in the administrative office that those are not the emails I’m looking for, but as we have seen, they just don’t get it.

UPDATE: It appears I may have been mistaken about Mr. Cheek’s email accounts. Mr. Cheek claims he does not have an account, grantcheek@gmail.com. I sent a test message to that address earlier today, 17 August, 2019, and did not get an immediate mail system failure response. Messages sent there appear to be going somewhere. I just can’t tell where or who is receiving them. If I get a response I’ll share it.