NOTE: This article has been updated to include a short online conversation that took place between Mayor Shaw and myself after publication.

Last Monday I published an article, Questionable Behavior Everywhere I Look, in which I detailed several disturbing behaviors by members of our Board of Commissioners and Mayor Shaw. One of the issues I covered in that post was a special meeting the mayor planned to call to interview two candidates for the town clerk position. 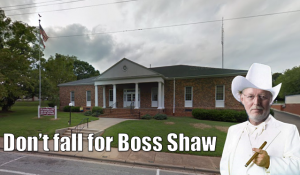 On Friday, August 23, I sent an email to all members of the board and the mayor requesting comment about this and several other issues our governing body has been wrestling with in recent weeks. I wrote, “[It] is my understanding that Mayor Shaw plans to call a special meeting for next Friday, knowing that at least one commissioner will be unavailable as we enter the Labor Day holiday weekend.

“It is my understanding that the subject of this meeting is to be personnel, regarding the search for a new town clerk. Please justify the decision to hold a meeting while a board member is out of town. I see no reason why this decision can not wait until all board members can be present.”

As it turned out two board members were going to be out of town. On Monday morning, August 26, I received a response from the mayor. I captured an image of that email and included it in the article I posted later that day.

The mayor’s response indicates that a special meeting was indeed planned for Friday night, August 30. I watched for an announcement all week, since all special meetings must be posted 48 hours in advance by written notice on the door of the municipal building, as well as on the official website of the town.

Wednesday evening came and went with no announcement. I even asked friends to double check the doors at the municipal building, just to make sure I wasn’t missing something. Everyone reported the same thing: no announcement.

On Friday morning, August 30, Mayor Shaw took to his official Facebook page and announced that the regular first Monday meeting of Board of Commissioners would be held on the second Monday, September 9, due to the Labor Day holiday.

I commented and asked what happened to the special meeting. The mayor posed a response after I went to bed last night, which you can see below. 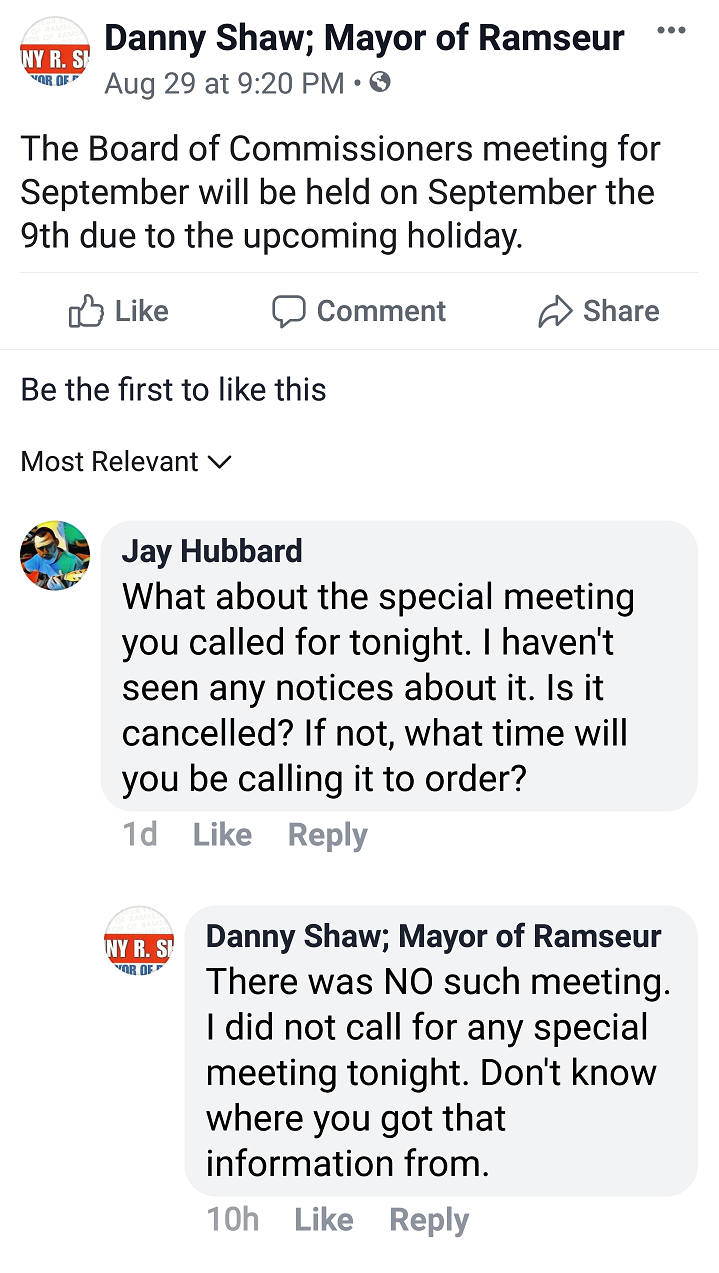 Mr. Shaw, I got that information from you.

Update: The conversation you see in the images below took place after this post was published. 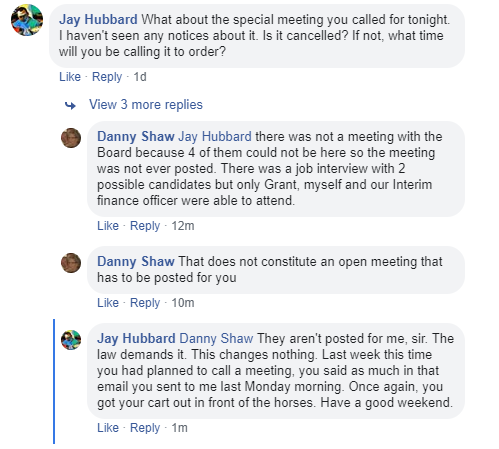 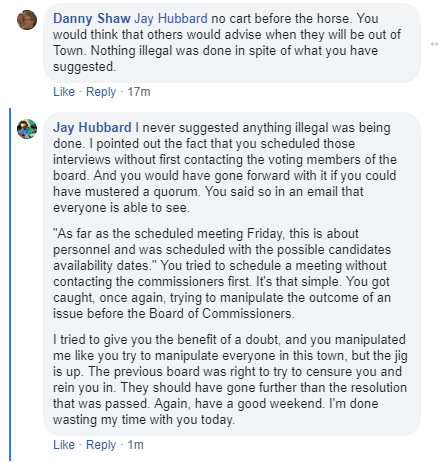 Mr. Shaw had the last word a few minutes later. 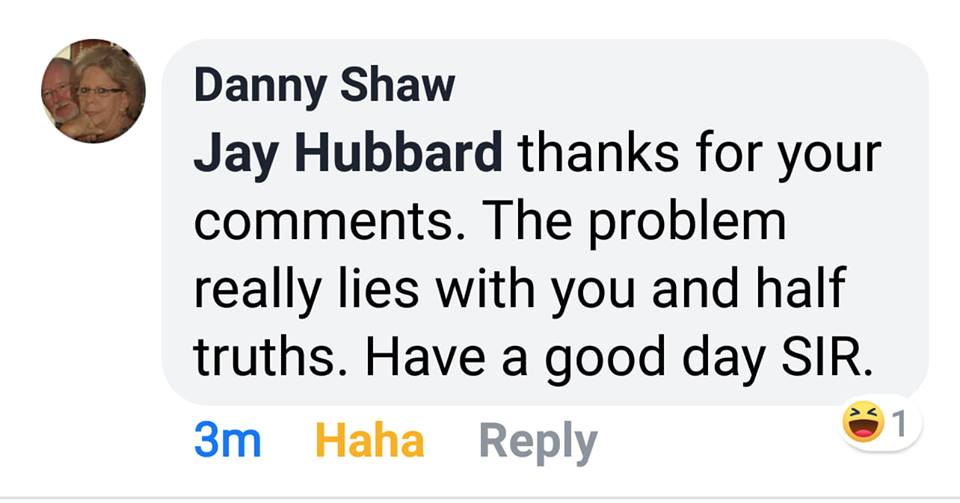 If I am guilty of publishing half-truths it isn’t for a lack of effort or an intent to misrepresent the facts. I sent the same email to all five members of the board and the mayor, requesting input from them.

When Mr. Shaw responded to my questions last Monday he almost certainly knew by then that he didn’t have a quorum for the interview/special meeting he had called for last Friday.

I have made repeated, legally binding requests for all electronic communications to or from the mayor and all five commissioners regarding public Town of Ramseur business since last January.

Two commissioners, Grant Cheek and Adam Smith, have flatly refused to comply at all, and Mr. Smith has used numerous unofficial email accounts since his appointment in August, 2018, in what appears to be a blatant attempt to circumvent the law.

You be the judge.