Board of Elections Moves Ramseur Polls 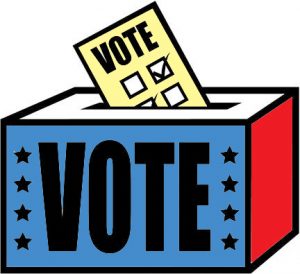 This article has been updated to reflect more accurate information discovered after publication. Apologies.

The Randolph County Board of Elections voted 3 – 2 yesterday, September 10, to relocate the Ramseur Precinct polling place to the gym at Southeastern Randolph Middle School.

Due to work commitments out of town I was unable to attend the meeting personally, so my wife, Diane, attended in my absence. She was joined by several other local citizens, including Commissioner Vicki Caudle, candidate for mayor, and Tim Cranford, who is running for one of three available seats on the Board of Commissioners. Other community members in attendance included former commissioners Ray Isely and Robert Hesselmeyer, and local resident John York.

During the discussion of whether and where to move the polls, board members were reminded that after one of the last two meetings a staff member had overheard Mayor Danny Shaw telling someone that he knew the pastor at one of the churches being considered as a potential polling site, and that he would handle it, or words to that effect.

Mr. McAnulty, one of two Republican members of the board, stated that hearing those words from an elected official’s mouth was very disturbing. Board chair, Margaret Megerian, is reported to have mentioned that she recalled hearing complaints about candidates and/or elected officials inside the polling place during past elections as well.

In the end a majority of the board members agreed that moving Ramseur Precinct’s polling location to SERMS was in the best interest of all voters in the area. A small but vocal minority took to social media overnight to decry the move as an attempt to suppress voting, and claimed that using a public school, which is done all over the nation, would create traffic and safety issues.

One would hope that anyone interested enough to bother voting at all would take the time to either learn what times school traffic is heaviest, and avoid those hours, or better yet, take advantage of early voting opportunities and avoid the issue completely. It’s not hard to do. Schools are already scheduled to be closed on election day 2020, when turnout will be much higher due to the presidential election.

Going forward, the citizens of Ramseur and the surrounding community will have a great neutral location for our elections, accessible to all, with plenty of parking and enough room for electioneers to maintain the legal distance from entrances.

CORRECTION: This is what I get for trying to report second hand. My apologies to all concerned;

“I just read about halfway through your post about the board of elections meeting. Major correction – Bill did not recall the comment Danny made about knowing the pastor at the church etc, and did not know that statement had been made. I repeated the statement as it was related to me by one of the  [Board of Elections] staff members.”

Thank you for the correction Margaret.