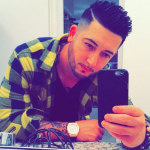 After more than eight months and numerous requests, Adam Smith finally complied with my public records request; he sent me an email. My post, Adam Smith Is Wrong For Ramseur, must have struck a nerve, because  on Friday September 6, the email you see below hit my inbox.

“You will remove any and all content you have published on me on your little diary page. This is the only and last time you will receive notification from me. The next time you are contacted it will be from my attorney. This is not a threat by any means. I am telling you that If you continue to slander and defame me by publishing false and misleading content on me or my family, I will sue you! You better be prepared to put your money where your big mouth is. I will make you spend every dime you have to your name in legal fees until you realize that what you are doing is wrong. I will not go back and forth with you.” 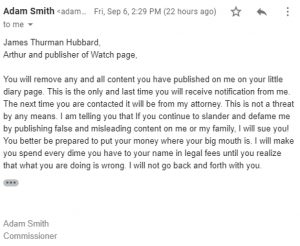 I’d like to take this opportunity to speak directly to Adam Smith and clear a few things up, starting with my name. As I wrote back in February, after the first time you butchered it, my name is Thurman James Hubbard, III.  One of the first rules of good business is learning to spell and properly use the names of people you address. For a self-proclaimed business tycoon you seem to have missed a few basic classes along the way, Adam.

You also called me the  “arthur” of this website, so I must assume that you failed basic reading comprehension back in elementary school, where we learned that Arthur is a proper name, and an author is a writer. I believe author is the word you were trying to use, and yes, I am the author of this website. I own it, and I stand behind everything I’ve published. 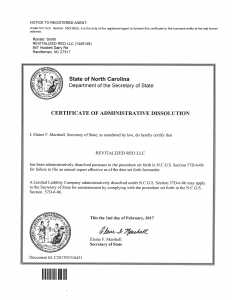 As for removing anything from my “little diary page”, you can forget about that. Everything I have posted here is factual and can be proven by primary source documents and legal recordings. I’m not going to remove anything. As for posting your personal information, I haven’t even cracked that subject, but I would be happy to oblige if you’d like.

We could talk about the fact that your real estate company, Revitalized REO, LLC, was dissolved by the Secretary of State in 2017, long before you moved to Ramseur. I remember you talking about the company during your first interview in July of 2018, when you were trying to pass yourself off as some kind of “real estate mogul”. I have the documents, and they have your name and signature on them. You lied, and that’s a fact. 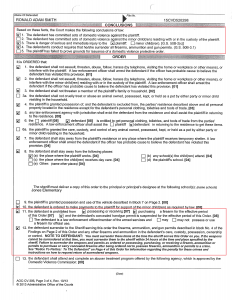 If I wanted to get really personal I could publish all the documents related to your divorce and that 50B restraining order your ex took out against you. You remember that, right? It’s the one where they took away your right to keep and possess firearms because you were basically terrorizing your former spouse.

I have all those documents and more; all legally purchased from the Clerk of Superior Court in Guilford County. I held back all that stuff and more, because, having lived through a nasty divorce and custody fight of my own many years ago, I didn’t want to drag your family through it all again but when you started using your status as a commissioner to harass your ex, well, that’s an abuse of your position and violation of the public trust. I can’t let that slide. 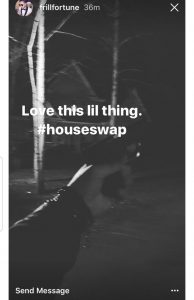 Mr. Smith, I will not be removing anything from this website. As for the emails Mr. Gonzalez sent me, if they aren’t legitimate then you and he must be conspiring to mislead me and the citizens of Ramseur. If that’s the case it’s a convincing ruse since the text in those emails looks exactly like your middle school writing style.

Maybe if you spent less time trying to convince everyone you meet that you’re some kind of big shot, and less time stalking your ex-wife and her new partner, people wouldn’t be sending to me things like these pictures, sent to me unsolicited by Jose’ Gonzalez. They appear to show you communicating threats against him and your ex-wife. 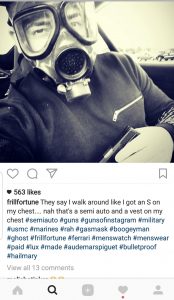 You run around breaking rules and threatening people, and then you have the audacity to get upset when someone calls you on your bullshit. You want to get mad at someone, look in the mirror, or at your next door neighbor, Grant Cheek.  He’s the one that got you involved in this public official business.

You should also get angry at Danny Shaw for getting you into this mess. He broke the tie vote and put you on that Board of Commissioners that is, in your own words, filled with “corrupted officials”. You said that in an email you sent to another commissioner. I haven’t published it, but I could if I wanted to, and there’s nothing you can legally do about it because it’s a public record. You signed it, Adam Smith, Commissioner. You’re partially correct, a few of your fellow board members are corrupt, and your record since joining them indicates you’re right at home alongside them.

Mayor Shaw will probably tell everyone he meets that he had no alternative but to vote for you, since he despises J. C. Parrish, the other person who was nominated to fill that seat. We always have choices.

Mayor Shaw could have declared that he preferred not to confirm either candidate, and entertained a motion to reopen the floor to more nominations. There were three other people interviewed for the job. If the board had refused to do reopen the floor then Danny Shaw would have a legitimate excuse for his choice that night, but he didn’t think about that.  Instead, Mayor Shaw chose to be a hypocrite and voted to appoint you, Adam, a man who had lived in our town for a whopping four months at the time. This after Shaw spent months in 2015 telling people that I hadn’t lived here long enough to hold office.

In hindsight I now agree, at that time I hadn’t been here long enough to know my neighbors, much less begin to understand some of the quirky dynamics at play in this overgrown high school of a town. By the time that election took place I’d been here a whole year; three times longer than you’d been here on the night you were sworn in.

It took me the better part of the last four years to begin seeing through the garbage Shaw and his cronies spout on a regular basis. You want to be mad, be mad at Danny Shaw and Grant Cheek for putting you in what by now must be a very uncomfortable position. And be mad at yourself for not being smart enough to realize why they wanted you on the board in the first place. You knew nothing about how local government works, and they, especially Shaw, knew that and took full advantage.

You got played by your own hubris Adam, and if you had tried to learn to play by the rules, instead of doubling down on bad behavior, I might feel sorry for you, but you just kept digging that hole. You get no pity from me at this point.

You threatened to sue me if I keep publishing. If you’re foolish enough to try it that’s on you. I haven’t posted anything untrue and you know it. If what I have written is as fake as you, Danny, and Grant claim, you’d have gotten those cease and desist letters you wanted a long time ago.

That pesky old First Amendment keeps protecting me because I speak the truth, and I can prove what I say. Before you take another oath to defend our Constitution, or start bragging about your military service record, you should probably read that document so you’ll know what you’re supposed to be defending.