Special meetings are becoming so frequent around here they don’t seem very special anymore. Another one was held this morning, this time to discuss the costs and timeline involved in renewing a wastewater residuals permit from the state of North Carolina; a routine piece of business that happens every five years and is mandatory if we plan to keep collecting and cleaning our own sewage.

First let’s back up to the regular monthly board meeting held last Monday night, October 7, and watch a short, twenty second, video clip in which Commissioner Vicki Caudle asks about a letter from The Wooten Company that she found in her meeting information packet.

The letter in question was a proposal from The Wooten Company to manage the permit renewal process for the town at a cost of $5000, including the permit, as I understand it. The deadline for completion is October 30 or 31, barely three weeks from the October 7 meeting. 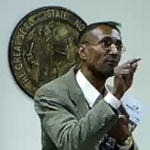 Why didn’t Commissioner Cheek want to tell his peers, or the public, about this at last week’s meeting? Was he afraid that spending $5000 a few weeks before a contested election might negatively affect the outcome? Does he, or someone he listens to, really believe that most of us are that stupid? I mean, it’s not like someone just strolled into town hall and voted to spend money we don’t have on a big patriotic monument we don’t need and that no one knows how much it really costs.

There was nothing to vote for or against here. The permit is mandatory, and the state insists that a professional engineer manage the process. It’s an unavoidable cost of operating a wastewater pollution control plant. We can either spend the money or we can all have septic tanks installed in our yards very soon.  I know which option I prefer.

Pay the fees and move on. It’s really that simple, yet the next day Commissioner Cheek began contacting the other commissioners, asking them to verbally approve this expense that they didn’t understand and he couldn’t explain, and at least two of them, Caudle and Overman, balked at the idea and demanded more information.

I have not yet obtained a copy of the Wooten proposal, but I do have copies of a few text messages (legal records request; one complies, one does not) between Commissioners Cheek and Caudle on Wednesday, October 9.

Cheek: “Vicky [sic] good morning have you made a decision on the permit for the wastewater treatment plant yet” 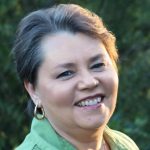 Caudle: “I tried to call you a little bit ago.  There was no answer and I don’t feel comfortable making a decision on something for this much money that I don’t fully understand. Why did we not talk about this Monday night in our meeting. I brought it up and you said we didn’t need to talk about it, then the next day we need to vote on it. That concerns me.”

Cheek: “we did not discuss it cuz if [sic] that time I didn’t have a commitment from the engineering firm that they could do it”

Caudle: “Since we are going to meet soon for personnel can we discuss it in an open meeting at the time?”

There was nothing to vote on, but Commissioner Caudle wouldn’t know that since Commissioner Cheek demands that all other board members stay out of “his” departments. Why doesn’t Grant Cheek, after four years in office, understand that this isn’t a “voting issue”?

Cheek had an opportunity to speak about the permit at the October 7 public meeting, but chose not to. He says in the text messages above that he held back because he hadn’t gotten a firm commitment from Wooten before the meeting, but I don’t buy that. If The Wooten Company was willing to submit a written proposal for time sensitive work of this nature, one would think they would be willing to undertake the task.

Over the next day or so Commissioner Cheek went about calling the remaining board members and requesting their “votes” to proceed with the renewal process. Since we currently have only four sitting commissioners, and two of them had refused to vote without more information and a public meeting, Mayor Shaw, the twenty-five year board veteran, who also should have known that his was a non-voting issue, made himself available to break the tie, according to the text messages below between Commissioners Cheek and Caudle on October 11.

Cheek: “Vicky [sic] to answer your question about the wastewater treatment plant permit required by the state I was just advising y’all that this needed to be taken care of it’s not really for us to vote on because it’s a requirement of the state I was just informing you but at the same time it was a 3-2 vote Danny broke the tie so we are moving forward with the commit that the state require with a license [sic] engineering firm”

Caudle: “There was no vote therefore Danny cannot break a tie. I asked for further discussion. There was no motion and no vote.”

Cheek: “I can sense”

Caudle: “You can sense what? That does not make any sense.”

Cheek: “A consensus of the board”

Caudle: “There was no consensus of the Board sic] as the board was not convened.”

Cheek: “I called every commissioner

Cheek: “There will be a special called meeting Monday morning at 8:30 on this”

Consensus means everyone agrees to something, which, in this case, they obviously did not. Never mind the fact that, as Commissioner Caudle pointed out, the board was never convened. The practice of calling board members to obtain verbal “votes” has been going on in Ramseur for too many years.

In the ten months or so that I’ve been trying to follow town business, through record requests and emails, I’ve seen it done several times, and heard about other instances in the past. It might be legal, but it’s not something elected officials committed to transparency, accountability, and high ethical standards should be doing.

Here’s the video of today’s special meeting, which takes just under fifteen minutes to watch.

This entire episode lays bare a major systemic problem with our local government that must be dealt with as soon as possible: we must hire a qualified town administrator and give that person the authority to manage this town.

Not a glorified clerk, not a finance officer with extra responsibilities; we need an honest-to-God administrator with the background and education necessary to do the job. The days when a group of local popularity contest winners could manager our affairs were over at least thirty years ago, and if this doesn’t prove it I don’t know what would. It’s time for Ramseur to bite the bullet and embrace reality; we can’t do it on our own anymore.