What’s Good For The Goose… 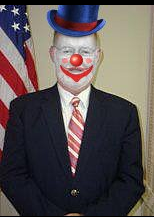 In case you missed it, the following was posted in the Ramseur Events Facebook group Saturday night. You’ll recall that a new group was set up a few weeks ago, at the request of one person who lives in Seagrove, not Ramseur, because some people don’t realize that local elections are events that matter as much or more than hayrides, fundraisers, and sports; they certainly have greater consequences. I guess sister Nancy missed that memo.

First of all, I dare anyone to show me where I have ever said that this project is about revenge. I have never said that. I did recently tell the mayor that I have one purpose between now and November 5, and that is to make certain that he and his trouble stirring sidekick, Grant Cheek, are not reelected this year. I am perfectly within my rights as an American citizen to do that. 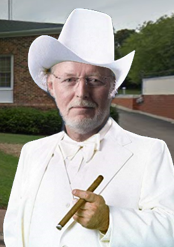 And yes, I was responsible for the “Boss Shaw” image you’ve seen on this website numerous times. It’s not my work, but I asked that it be made so I’m more than willing to take responsibility for it.  Again, I am well within my rights to create and spread such satire. Danny Shaw acts as if he believes that it is his job, as our mayor, to run this town. It is not, nor has it ever been according to the state of North Carolina.

Mayor Shaw probably learned that from watching his predecessors on the board and in that office. It is a widespread misconception that the mayor and commissioners are somehow more qualified to administer our local government by virtue of the fact that they won an election. This is incorrect. I have already made that case elsewhere, so I will not restate the argument here.

Mayor Shaw and his family members complain about several satirical graphics and statements members of our community have made about him in recent months. What none of them seem to understand, or simply refuse to acknowledge, is that Danny Shaw has been responsible for similar activities in the past when the shoe was on the other foot. The Mayor may not have personally made and posted those less than flattering depictions of his opponents on the internet, but his silence on the subject at the time amounted to a tacit endorsement of those tactics. Good for the goose, good for the gander.

I wish I could show you the image someone made four years ago, depicting me and two then sitting commissioners as the Three Stooges. I didn’t see or hear the mayor talking about how evil that was. Nor did I ever hear or see the mayor disclaiming an ugly rumour someone started on his behalf that my wife and I are Satanists. I didn’t save everything I see online back then because I didn’t plan to start this project until the night before the first post was made last December. Please forgive my negligence.

I also wish I had a photo of the person I’ve heard about who is alleged to have been paid to go around town dressed in a wrestling outfit and introducing himself as Gary Hoover, another former commissioner who once had the audacity to challenge Mayor Shaw. I’ve heard that story more times than I can remember, from more people than I can recall, so even though I did not witness it myself I’m pretty certain there are more than a few grains of truth to it. Danny Shaw didn’t have a problem with that behavior either, did he?

As for the Mayor’s sister Nancy’s statement that people need think about how they’d feel if it was their family being dragged through the mud, she’s absolutely right. Perhaps her brother should have thought about that years ago. Even if he did not personally do the mudslinging it was done in support of his candidacy and he benefited from it. If such behavior is so objectionable now why didn’t he come out and refute it when it was being done to those who have challenged him in the past? What’s changed?

Danny Shaw approved of all these so-called dirty tricks, especially if it was done in such a way that he couldn’t be directly tied to it, when it worked to his favor. Fake Facebook accounts are nothing new. At least I have enough integrity to stand behind my work and own it. I can’t say as much for the mayor or his family and friends.

Before the evening ended even the mayor’s daughter, who as far as I can tell does not even live in town (we all know how the mayor likes to discriminate against such “outsiders”), felt the need to add her two cents. 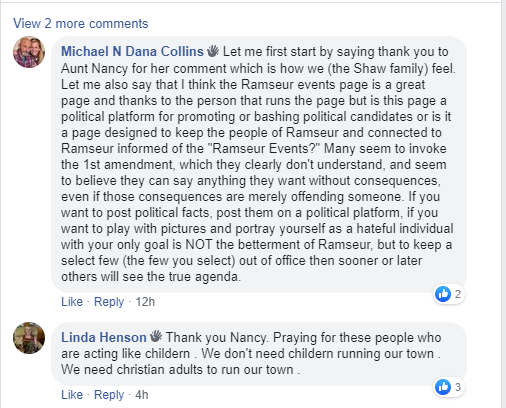 That’s rich! She wants to tell me about the First Amendment after I started a blog to defend First Amendment rights from her own father? Remember, I started this project because the mayor, his wing man Grant Cheek, and their appointed puppet led the Board of Commissioners to vote last December to spend our tax money on legal fees to try and discover the administrators of a Facebook page where they were being criticized.

After I began my work here they also wanted to have cease and desist orders issued against me. I have yet to receive one. Know why? Because everything I have written here is the truth, is backed up by source documents, and protected under that pesky First Amendment that all our elected officials take an oath to defend. Veterans, like Mr. Shaw, also took that oath when they were inducted into the U.S. military.

I’m not afraid to put my name on my work. The problem here seems to be that unlike others who have stood up to these trolls in the past, I can’t be blackballed out of business or run out of town. In short, I know how free speech and a free press works, and I’m not afraid to use them.

I stand behind every word I have written here. It is the truth as I understand it. I want our town to be better and to see it live up to its potential, and that’s why I want dishonest people like Mr. Cheek and Mayor Shaw out of office. I value honesty and integrity. Those who know me well know that I am a loyal friend and a formidable adversary. I speak my mind and stand up for what I believe, and I firmly believe that Danny Shaw is a big part of the problems Ramseur has today. I look forward to a brighter future for our little town.

One other person commented on the mayor’s sister’s Facebook post last night, and that was my lovely wife, Diane, a lifelong resident of eastern Randolph County, with roots in this area going back over 300 years. We all belong here, whether we live inside or outside an imaginary line on a map. 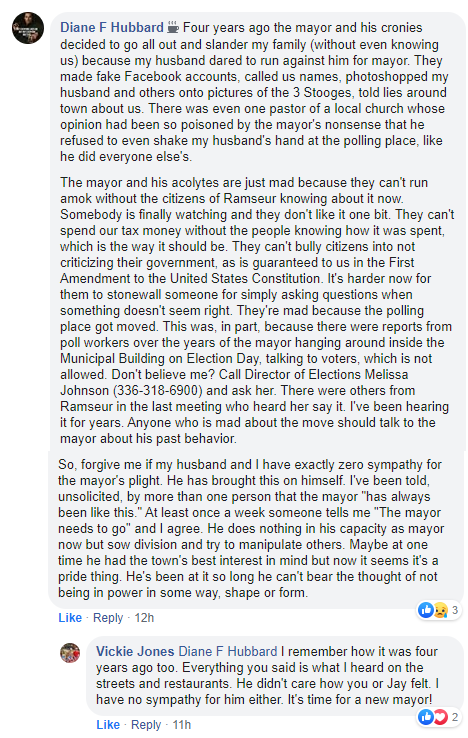