New Board Fighting Hard To Overcome Past 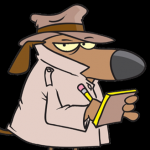 Every day I receive emails from our mayor, Vicki Caudle, and several members of the current Board of Commissioners regarding town business, and almost every day I hear about a certain former elected official going around town bad mouthing the new board and the woman who beat him in a landslide last November. ‘The new administration/board/mayor is going to bankrupt the town’ or words to that effect have been repeated to me by many citizens and attributed to that person. Let me assure you, if our town is facing bankruptcy anytime soon it has nothing to do with any actions taken by the new administration.
The new board and Mayor Caudle are working hard to bring our local government into the 21st century while playing a stacked game of catch up, thanks to the ineptitude and/or malicious behaviour of certain members of the last administration. For instance, deleting an entire hard drive’s worth of documents and years of communications from the mayor’s computer and cellphone, which the former mayor did, or had someone else do, on his way out the door, was not simply malicious, it was unlawful. All of that information constituted public records which by law must be preserved for at least several years. If our new elected officials weren’t so busy playing catch up, trying to keep day-to-day operations from going off the rails, I would be leading a drive to have some of what they discovered upon taking office officially investigated if not prosecuted.
Just this morning I received a set of emails between Mayor Caudle and a local service provider that our town has had a longstanding relationship with, regarding an invoice dated November 1, 2019, which appears to have been sent to former commissioner Cheek (his name is on it). The vendor sent an email to Mayor Caudle on March 24 seeking payment for a bill which by then was roughly five months old. It was promptly paid once the new administration became aware of the issue.
Luckily that vendor is based in Randolph County and, as stated, has had a long relationship with the Town of Ramseur, but this is just one of numerous issues across the board that point to a pattern of neglect and mismanagement on the part of at least some members of the last administration. All former board members cannot be blamed because some, like then Commissioner Caudle, were intentionally kept in the dark. Thankfully the factionalism of the past is now just that: the past.
All members of the most recent previous board were first term commissioners. The former mayor however had been in office, either as mayor or a commissioner, for nearly a quarter century. He took great pride in reminding us all of that during the run up to the last election, and from July to November, 2019, he and then Commissioner Cheek essentially had free rein in the municipal office, since we were without a clerk for most of that period.
Whether the invoice mentioned above was originally sent to Mr. Cheek’s email address, which he insisted that he did not use (in order to avoid compliance with my record requests), or the clerk’s account, or the mayor’s account, or delivered by the US Postal Service and “lost” in the shuffle, I cannot say, but one thing is certain: our new mayor and governing board are working their butts off to catch up with what looks more and more like years, if not decades of neglect on the part of their predecessors. If there’s a financial crisis in our municipality’s future, our current crop of elected officials are not the ones to blame.

CategoryAdministration Board of Commissioners Meetings Budget