A Few Thoughts About Public Comments 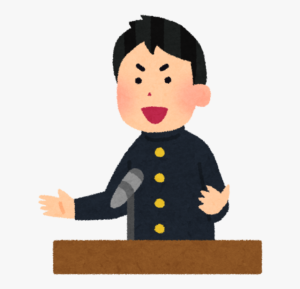 This week I made a public comment to the Board of Commissioners regarding a fence one of our neighbors needs to install in her front yard. She needs to do this to secure her property from random pedestrian trespassers and to protect her small dogs (she has practically no backyard). My prepared remarks are copied below, and I did stray from the text while speaking to the board so the words will not match what I said if you compare them to the meeting video.

Thank you for allowing me to speak tonight on short notice. Our citizens should take great pride in knowing that we have elected and appointed the most diverse governing board of any municipality in the history of Randolph County. Diversity makes a strong board and a strong town. Thank you all for the time and effort you spend on this work.

A few weeks ago our new neighbor, Ms. Alexander, spoke to this board at your pre-agenda meeting about a fence she wants to build on her property. The board discussed an extended cumbersome process for amending the text of the ordinance and, if I understand correctly the planning & zoning board voted last week to not recommend that change.

Ms. Alexander probably should have simply requested a variance to allow her fence, but she didn’t know that and this board refused to entertain the idea even when one of your own members suggested it. Variances have been sought and issued regularly in this town over the past few years.

Last summer a new front yard fence was approved across the street from my house. My neighbor sought guidance from this office before her construction began. I know this because I watched a Suez employee mark the center of the street (still visible) and then place white flags along the front of my neighbor’s property, fifteen feet from the center of the street. The same ordinance currently being used to stop Ms. Alexander’s fence was on the books last summer, just as it is today, and was either ignored or misinterpreted, and that fence was built. My neighbor’s fence enhances the value of all our properties. She was essentially given a variance without even asking.

Front yard fences are not uncommon in Ramseur’s residential areas. There’s been a fence in my front yard for decades, sixteen feet from the center of the street. Another, on East Ridge Street with a similar setback, has been there for many years as well. I’m sure there are others.

The fence Ms. Alexander proposes to have installed is nineteen feet from the center of Liberty Street, at least two feet behind the sidewalk and four feet further from the center of the street than a similar front yard residential fence this office approved roughly twelve months ago.

Mayor Caudle, less than two years ago you and your husband came before the Board of Commissioners to request a variance for a carport you wanted to install in violation of the allowed number of secondary buildings on residential properties in town. You were a member of this board, a town commissioner, at that time, and Ray held a seat on the planning & zoning board which he still holds today.

Your case didn’t require amending any ordinances nor any input from the planning board. You properly recused yourself from the vote that night and your variance was granted as requested. Based on that recent experience I’d imagine you understand the process of obtaining a zoning variance as well as any citizen in town. Shouldn’t you have at least suggested that course of action to Ms. Alexander when she emailed you before the pre agenda meeting?

This board has an opportunity to do the right thing. Ms. Alexander may not have asked for a variance, but if that is what she needed one should be offered, tonight. Her fence harms no one and enhances the value of the neighboring properties. Precedent exists. She has offered to sign a liability waiver with the town. Please issue a variance for this fence tonight.

No action was taken, but during a discussion of the fence issue – which was excluded from the agenda despite being brought to the board at a pre-agenda meeting a few weeks ago – members of the board and their zoning consultant discussed some of the points I had made. No one addressed the fact that another fence, very similar to the one in question, was not only allowed, it was approved by our town office last summer, as stated in my remarks.

I wanted to raise that point again during the conversation, but Commissioner Parrish seemed to be in a combative mood that night – calling down a former commissioner who simply asked the attorney to speak into the microphone taxpayers have provided, because the audience in the room can’t hear him otherwise – so I chose not to press the issue.

Later the town clerk spoke about the public comment policy the board set a few weeks ago. Some board members, like their predecessors, seem to have an issue with letting citizens speak unless they’ve had plenty of advance notice. Mayor and commissioners, that’s just plain wrong, and it’s a perfect example of behavior those of us who voted for you hoped would end after you took office. No other local boards I’m aware of have such heavy-handed public comment policies.

I’ve attended very few of our county commissioners’ meetings over the years because Ramseur’s meetings are held on the same night, but I’ve been to enough to know what their public comment policy is. Citizens wishing to comment to the county commissioners can sign up to speak almost up to the minute the meeting is called to order. It’s a travesty that Ramseur citizens are forced to choose which meeting to attend since the county commissioners and our board meet on the same night. A previous Ramseur board fixed that problem a few years ago, but the decision was reversed soon afterward because the change “confused” some residents.

I always felt that was a sorry excuse, so I was pleased when I learned that the new Ramseur board was going to revisit the issue earlier this year. Unfortunately, when the discussion was held they only made things worse. Instead of changing the day of the meeting they voted to start their own meeting an hour earlier, which made attending both meetings even more impossible. Last Monday Commissioner Parrish mentioned needing to attend the county meeting. I hope that conflict will lead him or other board members to reconsider the issue and maybe get it right this time. County decisions affect us all as much or more than Ramseur decisions. We shouldn’t have to choose which meeting to attend each month.

I’ve attended a few local board of elections meetings over the last few years as well. Most of the time, unless there’s a contentious issue on the agenda that draws a large crowd, citizens in attendance are simply asked if they would like to make a comment and are then allowed to speak. In Franklinville I’m told that citizens can sign up to comment during their commissioners meetings and are allowed to speak at the end.

Why is Ramseur so very special? Why do our elected officials, past and present (at least some of them) feel a need to micromanage and control everything, including who gets to make public comments and on what terms? What’s the point of this extremist policy? Any elected official who fears criticism or public rebuke is in the wrong business, and as long as I’m here, the wrong town. I call each of our town commissioners and the mayor my friends. Friends don’t let friends screw up.

Commissioners, please make this right and allow Ramseur’s citizens to sign up for public comment any time we feel the need, whether that’s a month in advance or thirty seconds before the gavel drops. It’s the right thing to do.

Hearing the concerns of your constituents before diving into any business, old or new, is probably the better option, but this heavy handed behavior has to stop before it goes any further. The current public comment rules are unacceptable. Such a strict policy serves only to make you appear as controlling and weak minded as the people you replaced. The people you volunteered to serve deserve better.