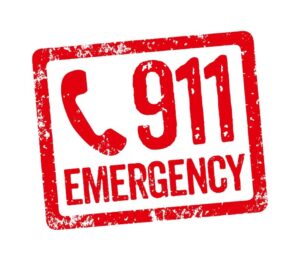 Commissioner Parrish sent out the following message on the morning of 13 August 2020:

“If a citizens contacts you about a issue that with the Police or Fire
please advised that citizen to call 911. Even if is a non emergency
they need to contact 911. 911 enters a call and that is how calls are
tracked for further reference. Call directly to the Office or Cell
phone and having them to run a call is sometimes not logged into the
system. Please also remember that the cell phones for town police and
fire are not to be given to the general public. Every call logged into
911 counts especially when applying for grants.” 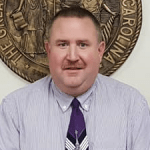 I’ve heard these instructions ever since I moved to Ramseur almost six years ago, and it has always bothered me.

According to the National Emergency Number Association (NENA), 911 was first conceived in 1968, when I was two years old. Most Americans my age or younger have been taught, for our entire lives, that we should NEVER call 911 unless there is an actual emergency like a car accident, a house on fire, someone being assaulted, or a robbery in progress.

To give a more concrete example, when my neighbors were riding their loud, foul smelling ATVs across the street ten hours every day, making it impossible to hear my television less than ten feet across the room; that wasn’t really an emergency, so I was more than a little reluctant to dial 911 to ask the police to come do something about it. On the other hand, if my neighbor comes across the street and threatens to harm me when I complain about that noise, then we have an emergency because the potential exists for someone to be severely injured.

I have a friend from high school who has worked as a 911 operator for more than 33 years, and is now a shift supervisor at a 911 call center in another state. I asked them about this situation and they said, “Once 911 became more widely used, to get people to use it many cities used PSAs (public service announcements) that urged citizens to use it as a quick way to reach responders. It backfired terribly, but no one will come out and tell people to only use it for emergencies. Even in cities where governments have asked people not too, they do it anyway. It would take a massive publicity campaign to undo the damage at this point.”

It sounds like using the 911 system to field all calls to local law enforcement isn’t such a great idea after all. I’m not suggesting that we should refuse to use the system as Commissioner Parrish has instructed, but asking people to behave in ways that contradict such deeply embedded training is much harder than it sounds, and, to my mind, counterproductive. Using the 911 system for non-emergencies undermines the entire point of an emergency call system. What happens when the system is flooded with calls one day and operators are overwhelmed?

Shouldn’t there be a way to forward the telephone number at our local police department to a non-emergency number at the county 911 center in Asheboro? For that matter, why can’t we simply forward those calls to the highest ranking officer on duty?  That would at least begin to justify the expense of supplying all our full time police officers and firefighters with smartphones, because last I checked calls from the 911 center are dispatched by radio.

The 911 system should not be used for non-emergency calls. It runs counter to everything most of us have been taught since childhood, but until a better solution is implemented that’s the system we’ve got.